Skip to content
“PAYAL LAL, get up! GET UP, NOW! Do you have any idea how much I studied when I was your age? I woke up at 5 a.m. every morning. And look at you. Still sleeping.”
This is the story of every one of my Saturday mornings. Every one of them. On the Saturdays my parents have to work, I hear them in my dreams. My parents, live in another world altogether. They get up at 5 a.m. every morning, even if they have nothing specific to do. I don’t even do that if my facebook account gets hacked.
Welcome to India-a country where the parents are too Indian and the children are too American
Being part of generation Y, I can tell you based on experience, it is a combination that doesn’t go well at all. It’s like having Punjabi food with South Indian food.
Allow me to tell you why.
Every now and then my mom barges into my room, see me sitting around and says
“Sitting around on your bed, talking on the phone and whiling away time on your laptop. I knew we shouldn’t have given it to you. Stupid useless distractions. I had none at all when I was your age “
Okay, MOM, first of all, a laptop or a cell phone did not even exist when you were my age. There is no way you could have had it. You learnt how to use it about the same time I did.
Secondly, I could be doing something productive. Don’t just walk into my room and assume stuff. I could be discussing the terrible conditions of the Greek economy on my phone and researching about the Middle Eastern uprisings. I’m not. I actually just talking to my friend on the phone and chatting with a few others on facebook. But whatever. Don’t assume stuff.
Not only do they not like the idea of a laptop or cell phone with their child, but also, they donot know how to use it.
It’s understandable considering the circumstances that existed when they were kids. Terrible circumstances! Worse than poverty!
The other day, I was trying to figure out the deal with these middle eastern countries. I was researching on google.
I asked my dad who was sitting besides me, “Papa, was Iran earlier called Persia?”
But before my dad answered, I had already looked up the answer on the web.
When my dad was my age, he would probably not have bothered to make an effort to find an answer to such a question. Not because, it was a stupid question, but because the effort would not have been worth it. He would have to get up, go to the bookshelf, open the bookshelf, find an atlas, open it, look through the index, find the right page number, then browse through all the text and then he’d have his answer. By then Iran would have changed it’s name again! All I had to do was type two words into google. 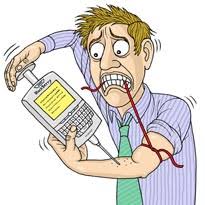 And it isn’t just the computer which had changed things, it’s the cell phone as well. Commonly known to be a maniac among parents, it’s dearer to us than our own lives. While they take hours to send a two word text, it takes us seconds to do the same. If they were to send the same number of tects that we do in one day, that’s probably all they would do that day. Baby’s today are probably born with their fingers moving that way. Part of evolution you see.
Facebook is another hilarious example of the generation gap. My parents joined facebook much later than I did. And they didn’t seem to like the idea that everyone could see their profile picture and all their friends could see what they wrote on people’s wall. When my mom realized this she said “What? What if Vanita sees what I wrote about her on Renu’s wall? Wont she feel bad?”

They have been accustomed to emailing.  One of my uncles whose on my facebook friends list has a habit of writing comments in the form of letters. I once wrote on his wall “Happy Birthday”. The next day when I logged in I had a bunch of notifications. So I clicked on them and I found that he had commented on that wall post. He had written
“Dear Payal,
Thank you for your wishes.
Hope you are doing well.
Love.
Mama”
Anyone else would just write thanks. At most a thank you and a smiley.
So it isn’t only the age gap that creates such differences. It’s also the change of trend. What our parents did at our age, we wouldn’t even dream of doing. That would make us a different species altogether. I would call them Boro sapiens.
Gen Y thinks their parents are impractical, overly conservative, boring. On the other hand, the oldies complain all the time, about how the younger generation is lazy and spoilt. We have all been grown up in different environments and different mindsets. In India, the kind of change that occurred over the last 20 years, makes 1 generation gap equal to 5.  The generation gap does not allow us to see eye to eye on much, unless we try to think from their point of view once in a while.
Everyone is the way they are because of a reason. It’s their background or their upbringing that makes them that way. Therefore they have a different point of view. That’s why we are so different from our parents. We have grown up in such diverse environments.
Next time you are talking to people who you don’t see eye to eye with, be it people from the older or younger generation or anyone else, wait for a second before you pick up an argument with them and put yourself in their shoes. Maybe you’ll realize that they are right in their own old ways.