Skip to content
Every class 12 student in India has tutors for atleast 2 subjects. ( not counting the ones who flunk and the ones who are so smart that they might as well drop out of school instead of wasting their precious time )
As I sat on the sofa of my home’s family room, I had an epiphany. The kinds that make you want to become atheists (well, i already am one, but we’ll save that story for later).
I realised that for the past 4 hours I had been finding excuses to not do any work that involves pleasing my tutors. 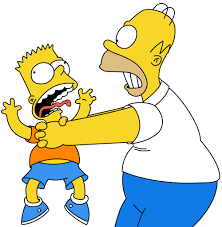 And it’s not out of sheer hatred, it’s because I hate to disturb their miserable lives.
My Maths tutor for instance, has a habit of getting mad about the smallest of things. Even when I find new methods of doing things, he digests it once he has grumbled over how his way is better.
Taking my accounts tutor into account (that sounds like something he would say), he reminds me of those old women who sit in the sun washing clothes slandering their neighbours and whoever else may be on their facebook friends list (hypothetically assuming that they know how to operate anything that was invented after the light bulb) . Half of my hour long class goes into listening to his complaints and trivial problems that are apparently problems as astronomical as a black hole that I always think about falling into when I’m pretending to listen.
Don’t get me wrong. Both of them are really smart when it comes to teaching their subjects, but it seems to me like they are constantly trying to find things to be unhappy about.
Well, then I guess not doing the home work that my tutors gave me would be an altruistic act on my part and will just give them something new to wine about.